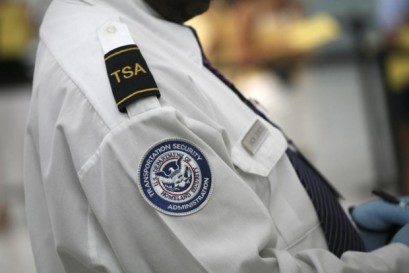 Freddy’s Note:
I have written about my six month experience as a TSA Instructor, in three posts. Start here if you want to read it. This recent post by the ex-chief of Israeli airports confirms something I have been saying for over 10 years. That is the entire TSA and what happens at airports is “Security Theater” It is designed to make us feel better, but accomplishes very little. The TSA is all about Perception not reality.  Here is the truth.

Before 911, airline pilots had been told to give hijackers control of the airplane and to fly them where they wanted to go.

After 911, the pilots will never give control of the airplane to Hijackers. They will use guns, explosice decompression, and many other tactics rather then give up the plane.  And this is if the passengers, don’t beat the hijackers to death. Many times on planes, the passengers have subdued hijackers or unruly passengers since 911.

You see if even we had the current level of TSA security on 911, it still would have happened, because the hijackers didn’t need weapons, They could have threaten to break the necks of one of the flight attendants and the pilots would have given them the plane.

Here’s the the most qualified expert in the world on talking about the TSA.

In a blistering take-down of the U.S. Transportation Security Administration’s approach to airport security, the former chief of security for Israeli airports described an agency riddled with incompetence and wastefulness and that, despite large infusions of government money, may never have actually stopped a single terror attack. The TSA may even be inviting a deadly attack on airline passengers due to poor planning, he charged. He detailed serious flaws in American airport protection, ones he contrasted starkly with his own experience in Israel.

Sela described one scene in Newark when a TSA agent found a laser pen Sela had received as a gift.

“They told me they had to confiscate it, because apparently laser pointers are just a couple hundred degrees away from being the new box cutters. Many of you have probably lost trinkets and gadgets in the same way,” Sela told Cracked, then described the clever way he got it back:

I tell the handler, “OK, take it. But that pen is company property, so I’m going to need some sort of receipt.”

“This pen isn’t owned by me. My boss is going to need to see some proof that you took it.”

So he calls a supervisor and asks, “Where do we keep the receipts?”

His supervisor says, “What the f*** are you talking about, we don’t give receipts.”

He explains the situation, and his boss asks, “What’s the contraband?”

Two seconds go by and he hands it back to me. It’s as easy as that.

And here’s the rub: “The TSA treats each traveler the same because of some stupid idea that everything needs to be fair.” 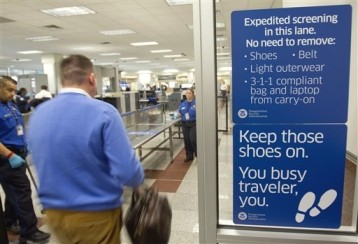 Security needs to be done due to risk

Risk means that in Israel we don’t check luggage, we check people. And I’m not talking about racial profiling here; that’s a product of poor training. Regardless of race or creed, people with bombs strapped to their body behave in similar ways,” Sela said.

Instead of checking intent, they check luggage. And they don’t even do it well,” he said of the TSA. “I have orthopedic insoles in my shoes made from composite material. On the machines, that composite looks identical to plastic explosives. I put them on the belt every time, and no one — NO ONE — ever questions my shoes. Some security experts suspect that the TSA has never once caught a terrorist at a checkpoint.”

Sela believes eye contact is one key behavior to examine: “Someone with something to hide, a bad conscience, will cast their eyes away much more quickly. That’s what our security guards are doing: We watch the way you move your eyes.”

Of Israeli screeners, he explained, “We interview every single customer several times, but we don’t really care what you have to say. We’re paying attention to your behavior.”

“At Ben Gurion Airport, we get travelers from their car to their gate in 25 minutes. When was the last time that happened to you in an American airport? Probably never, because a dozen 747s worth of cranky travelers can’t take their shoes and coats off, pull their laptops out of their luggage, and queue up for pat downs without chaos,” he said.

“It’s different in Israel” where passengers are not required to take off their shoes. “You come in, we ask you questions, and we have well-trained people determine if you have any harmful plans. They look at your eyes and your body language, not your loafers. We have threats in the airport, but nothing deadly has happened to us, thank God, in the last 40 years.”

The scary thing about lines

Chillingly, Sela described how easy it could be for a terrorist to attack the actual security lines meant to be screening for bombs. He told Cracked:

In security, if the target is moving, you have to move with the target. There is one place for security in an American airport, and it’s that long line where you wait for Larry, a TSA worker from Des Moines with exceptionally coarse hands, to fondle you. Everything past that line is a lawless free-for-all of Sbarros and tacky souvenir shops.

Sela expounded on the theme: “The TSA conveniently packs hundreds of travelers together in cramped security lines. Terrorists love crowds because they can inflict the most harm that way … So what does American airport security do? It gathers folks together in long lines BEFORE they’ve been scanned at all.”

That’s also why he gets nervous waiting for his luggage at the baggage carousel: “[T]here’s no sort of scrutiny around who gets to walk in there. It’s like the TSA thinks the terrorists have some sort of death grudge against planes. So if we can keep them from getting on one, they won’t bother murdering a bunch of people clustered around baggage claim.”

Airports made of Glass look pretty but are Death Traps

He took issue with the copious amounts of glass used in the construction of U.S. airports, including Reagan National Airport and Dulles International Airport in the nation’s capital.

“Now all that glass is lovely, and it saves a bundle on lighting, but have you ever wondered if it’s all … y’know, explosion-proof? Because it totally isn’t. Which makes each of these lovely airports a build-your-own shrapnel bomb kit (just add gunpowder!),” Sela said. “In Israeli airports, the security checks are done in a small, blast-proof area with a few people in it at a time. So if there’s a bomb, we only have to evacuate one room. Not an entire terminal full of drunken businessmen and sleep-deprived families on vacation.”

For one thing, Sela said the notion that standing in a security line and stripping off one’s shoes is a “necessary precursor to safe flying” is “bullsh**.”

He said that after years of “trying to get the attention of the U.S. Senate … White House, airlines and airports,” he has decided that “the USA is no longer a leader in security.”

’Hiding things is so easy to do, it isn’t even funny’

Ben Gurion [International Airport, near Tel Aviv] is probably the most threatened airport in the world. It has between 50 and 70 incidents every day. Nobody hears about those because we handle them.”

While the Israeli airport drills its screeners seven times a day, Sela said TSA agents are drilled only once or twice a year. With the high turnover rate in the agency, many operate without having been tested.

“Security can’t be treated like a fast food company. These people are tasked with finding bombs, not flipping burgers,” he told Cracked.

Sela made a strong case for profiling – not racial profiling, but behavioral profiling.

“[I]f you only check luggage and you don’t check the person behind the luggage, how do you know he hasn’t camouflaged something into the luggage that you can’t find? Trust me: Hiding things is so easy to do, it isn’t even funny,” he said.

1 thought on “The TSA is Security Theater: They can’t protect you from a 6 year old with a water balloon”