Freddy’s Note:
I am sure nothing will come out of this, because Liberal Celebrities get to say and do anything they want and the press ignores it.

She should not be using anything related to these hero’s deaths in any of her garbage songs.  This is disgusting and she should be shunned by the American Public forever.

‘Inappropriate in the extreme’:

The space shuttle broke apart 73 seconds after take off, resulting in the death of all seven on board  NASA widow June Scobee Rodgers said she was disappointed with Beyonce over the song 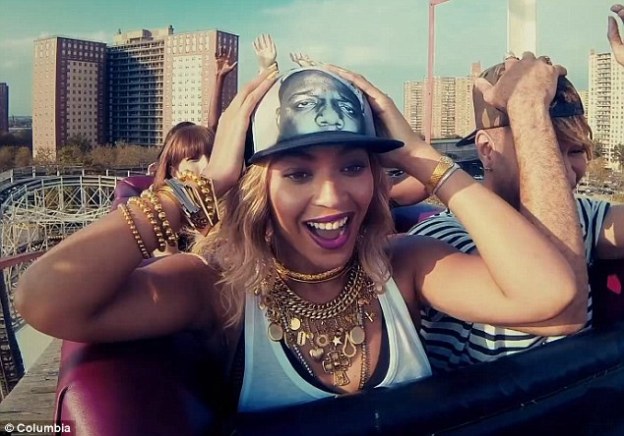 Cold Selfish heartless bitch who should get cancer and die painfully

Current and former NASA astronauts are furious over a new Beyonce video that samples audio from the failed 1986 Challenger mission which resulted in the death of all on board.

The Challenger exploded 73 seconds after taking off from the Kennedy Space Center January 28, 1986. All seven crew members aboard were killed.

June Scobee Rodgers, the widow of Challenger Space Shuttle Commander Dick Scobee and a founder of the Challenger Center for Space Science Education, told ABC News she was not happy.

‘We were disappointed to learn that an audio clip from the day we lost our heroic Challenger crew was used in the song XO,’ she said.

‘The moment included in this song is an emotionally difficult one for the Challenger families, colleagues and friends,’ she added.

‘We have always chosen to focus not on how our loved ones were lost, but rather on how they lived and how their legacy lives on today.’