On TV this week he stated that the American people would rather have security over freedom.  Isn’t that the same tired line that dictators always use before they take away your freedoms. We need to make your life’s safer.

“I think the American people, honestly, want security over freedom.”

Let’s see what one of the founders of the United States said:

Any society that would give up a little liberty to gain a little security will deserve neither and lose both.
From this point of view this leads to:

Guns are dangerous and kids are being killed so we need to take away all your guns.

Government is reading all your email and everything on the internet because we are trying to make you safer.

We know better then you on how to raise and feed your children, because this will make them healthier and safer.

Everyone who reads this should send a twitter message to this stupid moron at any or all the following addresses  to tell him, NO We Will Not Give Up Any Freedoms For More Security.

When the conservatives take back America in 2016

As far as I am concerned, Jake Tapper has lost any credibility or integrity he may every had as a journalist. He is not covering the Obama government, he is a propagandist for it.

Another Guest Editorial by Jefferson Thomas

If you are a student of history, you will remember that every time some tyrannical dictator has seized power and tired to enforce his  fascist policies, that the sane world sooner or later catches up with him.  Here are some examples:

Benito Mussolini was captured and summarily executed near Lake Como by Italian partisans. His body was then taken to Milan where it was hung upside down at a service station for public viewing and to provide confirmation of his demise.[7]

Nicolae Ceausescu, and his wife, Elena, escaped Bucharest by helicopter minutes ahead of an angry mob. The respite was temporary; the couple was taken into custody by the army, given a show trial, and sentenced to death for genocide and corruption. Though there was nominally a 10-day period to contest the ruling, the execution commenced immediately: The Ceausescus hands were tied and they were forced against a wall, where a firing squad riddled them with bullets.

Muammar Gadhafi was dragged, beaten and poked with a bayonet or knife. At some point, he was shot in the head. His body was put on display in a freezer in the city of Misrata for several days.

Michael “Big Gulp” Bloomberg- He wants to dictate the laws, although he will not be in office. Let’s hope that students of history, remove this threat to the American way at some time in the near future.

And here is the story:

Bloomberg wants to enforce his will on Americans

“I’m not sure the amount of money that billionaire Bloomberg has is going to be effective,” Larry Pratt, executive director of Gun Owners of America, said on “Fox News Sunday.”

He predicted a repeat of this year’s recall election in Colorado, where Bloomberg’s Mayors Against Illegal Guns spent $350,000 backing two gun-control lawmakers who still got booted from office. 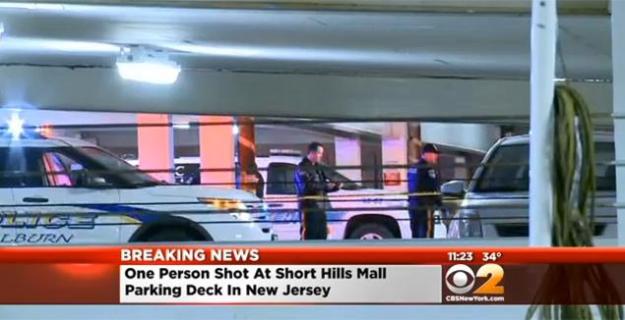 NEWARK, New Jersey (Reuters) – Police on Monday were seeking a pair of suspected carjackers who shot to death a lawyer who was Christmas shopping with his wife at a high-end New Jersey mall and then fled in the couple’s luxury SUV, prosecutors said.
The couple had walked out of the Mall at Short Hills in Millburn, New Jersey, at about 9:10 p.m. EST on Sunday (0210 GMT on Monday) and headed for the parking deck, where the man opened the door of their 2012 silver Range Rover for his wife. As he approached the driver’s door, he was confronted by a gunman, said Thomas Fennelly, chief assistant prosecutor for Essex County.
After the shooting, the gunman and an accomplice fled in the Range Rover. The car was found on Monday parked on a street in Newark, about 10 miles from the scene of the killing, acting Essex County Prosecutor Carolyn Murray said in a statement.
The attorney, identified as Dustin Friedland, 30, of Hoboken, New Jersey, was shot in the head, Murray said.
He was pronounced dead at 11:45 p.m. (0445 GMT) at Morristown Medical Center, Fennelly said. Friedland’s wife was not injured.
The mall, located 20 miles west of New York City, has 150 specialty stores and restaurants.

In my state, I always have a gun when I go to the mall. The mall cops at all the local malls are unarmed and would be tripping over themselves in a actual emergency, so I am prepared to protect my self and my family if necessary. And by the way, Christmas time bring out the thieves and criminals at the mall. It is the most dangerous time of the year to go to the mall.

Is there anything Michael Bloomberg will not force on New Yorkers. Forcing all Kids to get the Flu Vaccines. How can he get away with trampling all over parents rights. He is not god, although he thinks he is. Going after our gun rights, parental rights, or right to have a Big Gulp, this man is out of control. This man needs to find a hobby and the stay out of American’s lives. Please hurry up and retire from the NY Major’s office and go back to what ever rock you crawled out from.

Autism advocates are set to protest tomorrow against a quiet effort by Mayor Michael Bloomberg’s administration to require annual flu vaccinations for all New York City schoolchildren under 5 years of age.

On Wednesday, with just three weeks to go until he leaves office, Mr. Bloomberg’s controversial Board of Health is set to vote on new rules that would force children as young as six months old to be immunized each year before December 31 if they attend licensed day care or pre-school programs.

This scan of a actual letter that is currenly being received by at NY gun owner who owns a rilfe or s shotgun that has a feeding device of more than 5 bullets.  The Anti-gun crowd has claimed for years that “No one is coming for your guns.” Well now they are coming for your guns. I am so glad that I live in a FREE state. Gun Confiscation has always been the end game of the anti-gun crowd.