Freddy’s Note:
The error in this story from Washington Post that it assumes that the RSA Public Key algorithms and other key algorithms haven’t already been broken.  I do not know what system the NSA currently uses to break encryption. But I know what the old system was.  It was 7 Cray Computers. Cray being one of the original supercomputers.  They lay dormant at the NSA until one of the NSA programers wrote an new operating system for them. The operating system allowed the 7 crays to run in Tandem instead of individually.  The computers were given the nicknames of Doc, Grumpy, Happy, Sleepy, Bashful, Sneezy, and Dopey. They were protected by a custom agent running RSA SecurId Software Tokens. This old system could break almost anything, it might take a while, but it could break anything.

I have no knowledge about the replacement system, except that it could do it much faster than the 7 Crays. And now they want to do it  with faster Quantum Technology.

I learned many years ago that Privacy does not exist. There is nothing I learned from the Snowden revelations that I didn’t know or already suspect.  If the government wants to spy on you, you have no way of protecting yourself. And it has been that way for a very long time. Also the article states that there is no way the NSA could so far ahead in computer technology without anyone knowing it, is wrong. They are. They have been. They will always be far ahead of the rest of the computer world.

According to documents provided by former NSA contractor Edward Snowden, the effort to build “a cryptographically useful quantum computer” — a machine exponentially faster than classical computers — is part of a $79.7 million research program titled, “Penetrating Hard Targets.” Much of the work is hosted under classified contracts at a laboratory in College Park.

The development of a quantum computer has long been a goal of many in the scientific community, with revolutionary implications for fields like medicine as well as for the NSA’s code-breaking mission. With such technology, all forms of public key encryption would be broken, including those used on many secure Web sites as well as the type used to protect state secrets.

Physicists and computer scientists have long speculated whether the NSA’s efforts are more advanced than those of the best civilian labs. Although the full extent of the agency’s research remains unknown, the documents provided by Snowden suggest that the NSA is no closer to success than others in the scientific community.

“It seems improbable that the NSA could be that far ahead of the open world without anybody knowing it,” said Scott Aaronson, an associate professor of electrical engineering and computer science at MIT.

The NSA appears to regard itself as running neck and neck with quantum computing labs sponsored by the European Union and the Swiss government, with steady progress but little prospect of an immediate breakthrough.

“The geographic scope has narrowed from a global effort to a discrete focus on the European Union and Switzerland,” one NSA document states.

Seth Lloyd, professor of quantum mechanical engineering at MIT, said the NSA’s focus is not misplaced. “The E.U. and Switzerland have made significant advances over the last decade and have caught up to the U.S. in quantum computing technology,” he said.

This seeming impossibility is part of the mystery that lies at the heart of quantum theory, which even theoretical physicists say no one completely understands.

Here’s how it works, in theory: While a classical computer, however fast, must do one calculation at a time, a quantum computer can sometimes home in on the correct answer much more efficiently, without running those calculations.

Quantum computing is so difficult to attain because of the fragile nature of such computers. In theory, the building blocks of such a computer might include individual atoms, photons or electrons. To maintain the quantum nature of the computer, these particles would need to be carefully isolated from their external environments.

“Quantum computers are extremely delicate, so if you don’t protect them from their environment, then the computation will be useless,” said Daniel Lidar, a professor of electrical engineering and the director of the Center for Quantum Information Science and Technology at the University of Southern California.

A working quantum computer would open the door to easily breaking the strongest encryption tools in use today, including a standard known as RSA, named for the initials of its creators. RSA scrambles communications, making them unreadable to anyone but the intended recipient, without requiring the use of a shared password. It is commonly used in Web browsers to secure financial transactions and in encrypted e-mails. RSA is used because of the difficulty of factoring the product of two large prime numbers. Breaking the encryption involves finding those two numbers. This cannot be done in a reasonable amount of time on a classical computer.

In 2009, computer scientists using classical methods were able to discover the primes within a 768-bit number, but it took almost two years and hundreds of computers to factor it. The scientists estimated that it would take 1,000 times longer to break a 1,024-bit encryption key, which is commonly used for online transactions.

A large-scale quantum computer, however, could theoretically break a 1,024-bit encryption much faster. Some leading Internet companies are moving to 2,048-bit keys, but even those are thought to be vulnerable to rapid decryption with a quantum computer.

Quantum computers have many applications for today’s scientific community, including the creation of artificial intelligence. But the NSA fears the implications for national security.

Experts are not sure how feasible a quantum computer is in the near future. A decade ago, some experts said that developing a large quantum computer was likely 10 to 100 years in the future. Five years ago, Lloyd said the goal was at least 10 years away.

Last year, Jeff Forshaw, a professor at the University of Manchester, told Britain’s Guardian newspaper, “It is probably too soon to speculate on when the first full-scale quantum computer will be built but recent progress indicates that there is every reason to be optimistic.”

Experts believe that one of the largest hurdles to breaking encryption with a quantum computer is building a computer with enough qubits, which is difficult given the very fragile state of quantum computers. By the end of September, the NSA expected to be able to have some basic building blocks, which it described in a document as “dynamical decoupling and complete quantum control on two semiconductor qubits.”

“That’s a great step, but it’s a pretty small step on the road to building a large-scale quantum computer,” Lloyd said.

A quantum computer capable of breaking cryptography would need hundreds or thousands more qubits than that. 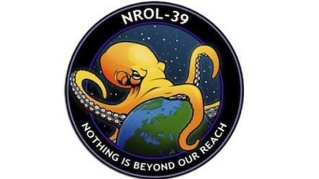 I have always recommended completely reformatting any new laptop that you may buy. I used to also do this with any company issued laptop when I worked for Computer Security companies.

But this new revelation that NSA Special TAO groups will actual divert companies purchases of brand named laptops and install spyware on them after they are shipped by the vendor and before they are received by the purchaser.  Now I used to work for several of the largest security companies in the world and I from 2005 to 2009, I taught several classes at 4 different NSA Facilities.   I have known that privacy has not existed for years.  But even I am surprised by this recent revelation.

Based on internal NSA documents, reveals that the NSA, in conjunction with the CIA and FBI, has begun intercepting laptops purchased online in order to install (quite literal) spyware and even hardware on the machines. The NSA terms this “interdiction.” Agents divert shipments to secret warehouses, carefully open the packages, install the software and/or hardware, and send them on their way.

According to the report, this operation is carried out by the NSA’s elite hacking unit, or TAO—not to be confused with the much less imposing Taoism—though there are few details on the scope or targets of the program.

The spy agency reportedly has backdoor access to numerous hardware and software systems from prominent tech companies such as Cisco, Dell, and Western Digital, among others. The NSA can even exploit Microsoft Windows error reports to find weak spots in compromised machines in order to install Trojans and other viruses.