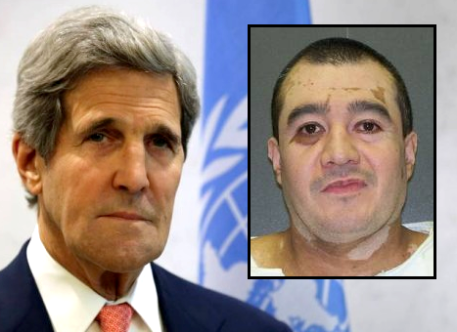 I have watched John Kerry for his entire political career. He has been one of the most useless politicians that ever served in the US Senate. He accomplished almost no legistlature during his long senate career. He was in the senate to meet women.  You see he married two different multimillionaire widows during his life.  At one time, in between rich wife’s, he was literally living in his car for a brief period.

When John Kerry isn’t busy trying to help Iran obtain nuclear weapons or stabbing Israel in the back, he is doing the bidding of the United Nations — and Mexico — trying to save the life of an illegal alien cop-killer.

You mean the US Secretary of State is devoting his time into saving the life of a violrny scumbag killer of a cop?  Yes that is exactly what the Completely Useless John Kerry is doing. 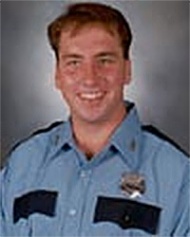 Edgar Arias Tamayo, a 46-year old Mexican man, was in the country illegally when he killed Houston police officer Guy Gaddis. Tamayo was arrested by Gaddis outside a nightclub in 1994 for robbery. While being transported to jail, Tamayo pulled out a hidden gun and fatally shot Gaddis twice in the back of the head, execution-style.

Tamayo is — finally — scheduled to be executed January 22nd, after a disgraceful 20 year delay.

But Kerry wants Texas to call it off. Why?  Because Tamayo was not “notified of his right” to contact the Mexican consulate, “in violation of the Vienna Convention on Consular Relations”.

You see, Tamayo’s case was one of 51 in the U.S. – 14 of them in Texas – that the International Court of Justice, the United Nation’s top judicial body, called on the United States to review for possible violations of the Vienna Convention.

And as he has his entire career — from his lies about his fellow soldiers in Vietnam in the 1970s, to his support for Nicaraguan Communists allied with the Soviet Union in the 80s — John Kerry has always put the interests of Americans last.

So now Kerry is warning Texas officials earlier this week that Tamayo’s planned execution “could do more harm than good”, especially in regards to Americans detained overseas.

Kerry noted in a letter to Texas Gov. Rick Perry and state Attorney General Greg Abbott that he while didn’t question Tamayo’s conviction, he claimed that the supposed “violation” of an international convention could have “repercussions for Americans who are locked up abroad”.

But Kerry is mistaken. In 2008, the U.S Supreme Court ruled that the states are not compelled to comply with decisions made by the U.N.’s International Criminal Court. At the time the government said Texas had to cancel the execution of Jose E. Medellin, another Mexican national who was convicted in the 1993 gang rape and murder of two Houston girls. But the then-Solicitor General of Texas Ted Cruz fought the ruling to the High Court, where he won and set a major precedent for the states against the United Nations. Medellin was executed 4 months later.

Kerry tried to play the Mexican card in his strong-armed attempt to get Texas Gov. Rick Perry to stop the execution.

Kerry noted in his letter to the Texas lawmakers a note he received earlier this year from Mexico’s ambassador to the United States, Eduardo Medina Mora, who wrote, “This issue has become and could continue to be a significant irritant in the relations between our two countries.”

Thankfully, Perry is having none of it.

“It doesn’t matter where you’re from – if you commit a despicable crime like this in Texas, you are subject to our state laws, including a fair trial by jury and the ultimate penalty,” Lucy Nashed, a spokeswoman for Perry, told the Dallas Morning News.

Too bad we don’t have an Administration that stands with the rights of American victims over those of illegal alien criminals.